Force yourself to stay focused!

Force yourself to stay focused!

“Vision without execution is a daydream. Execution without vision is a nightmare.” – Japanese Proverb

‘I knew that education is the only way to get out of poverty.’ Dawn Loggins

It is not easy to stay focused and determined during turbulent times but tougher the decisions one make during those times higher the returns. 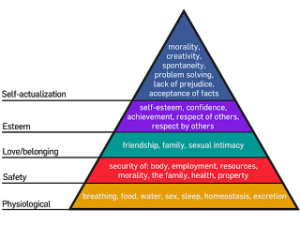 Abraham Masclow needs-based framework of human motivation based upon his clinical experiences with people.

The basis of Maslow’s motivation theory is that human beings are motivated by unsatisfied needs, and that certain lower factors need to be satisfied before higher needs can be satisfied. After a need is satisfied, it stops acting as a motivator and the next need, one rank higher, starts to motivate as it attain psychological precedence. The top five needs of human beings are 1. Psychological. 2. Safety. 3. Love/belonging, 4. Esteem. 5. Self-actualization. According to him needs must be satisfied in chronological order which means to reach self-actualization basic/psychological needs must be satisfied that are food, water, breathing, sex, excretion etc. followed by other four. If basic needs are not satisfied then it becomes impossible to focus on the next level. Except the exceptions.

Some people give up when they could not make enough to fend themselves, others when they can’t make daily living or become bread winner in family and most when family, friends, and ill-fate hamstring their progress for long. But those who don’t give up and keep striving, despite their inability to quench their physiological needs, for the best personally and professionally supersede others. Time tests the greatest revolutionaries and how they react in these challenging times is all that distinguishes them.

There had been many great leaders who regardless of their circumstances had their focus on their immediate goals which made them immeasurably successful. Well if I talk about times when there were few millions of people in the country, fewer problems and opportunities were few and far between but every generation has its own sets of responsibilities, freedom, problems and opportunities and when it comes to 21st century one is hard pressed to stay focused on one goal amid such unavoidable circumstances. Here comes a girl who had been through all such problems which no one of her age would like to be and stayed focused on her one primary goal, she had been brought up amid poverty, bully from peers, drug abuse and unfavorable family conditions. There would be times when she went without power or water for months, studied by candlelight and would wear unwashed school uniform for months.

“I looked around at my family and I saw the neglect, the drug abuse, the bad choices and I saw my family living from pay check to pay check. And I just made a decision that I was not going to end up like my parents. I wasn’t going to end up having to decide should I buy food this month or should I pay my rent.” She reminisced.

Striving to get back on track, despite deemed a high school drop out after missing two-months of school, she took online classes to catch up while maintaining a straight-A academic record, despite several school transfers, drug abuse at home and later abandoned by family, 18-years-old, Dawn Loggins made it to Harvard University due to her determination to succeed.

‘I was proud of myself,’ she said. ‘Because not only was I able to get into Harvard, but I was able to distinguish myself from the other 36,000 other applicants. If there is anybody at all who has a dream then they can definitely make it happen. There are no excuses. It depends on you and no one else. A lot of people use bad situations as an excuse, and instead of doing that, I use them as motivation.’

This is not just a story of a poor girl who despite such problems chose not to opt for mediocrity and achieved her dreams. Likewise there are millions of people undergoing such traumatic experiences but their willingness to take the toughest road makes them set examples like Dawn Loggins. If she can do then you too can do. Once you know that this is what you want to do, it is half the battle won. You must believe so passionately in your goals that you must be ready to give your life for it. You may fail, but remember that it is better to die for a cause than run away from it. So, force yourself to stay focused!

There are no great acts only simple acts done with great love. Brooding over misery won’t lessen it conversely it will make it stronger. If you don’t push the envelope and strive to reach out of your comfort zone incessantly then there will be no tomorrow as matter of fact every day will be like every day as they say there are no free lunches.

There are a lot of people who are really bored, and so what they do is they comfortably spend their best hours playing petty games, looking at their Blackberries, checking their Facebook notifications, and spending time on checking mails, in fact doing all the trivial things and try to look seemingly content. What is important to them is to do what pleases others than something significant.

I earnestly say to please devote yourself. Be one of those 1% people who really focus on the few things that matter. Who spend most of their time outside their comfort zones and have the courage to say no to distractions. Have the courage to say no to those activities that are just really attractive, but you know they’re not valuable. Clarity precedes mastery and those who are not yet clear or think this is too early to be productive are just preparing for the biggest failure by doing nothing, as the biggest failure in life is the failure to try. You have to make your own yardstick, set your own examples so that you can outperform yourself each time, there is no greatness in being superior to others the true superiority lies in being superior to your former self. Stay focused!! 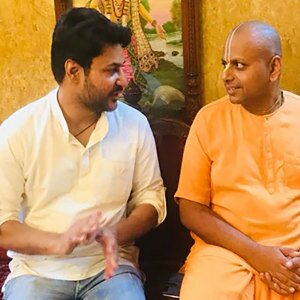 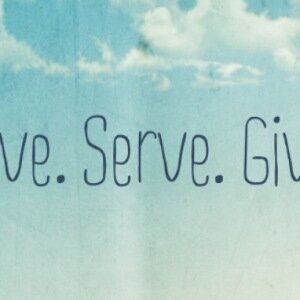